WM have the knowledge, skills, experience and professionalism to respond quickly and efficiently to your needs. WM offer a range of services including tracing of debtors and private individuals, process serving, repossessions, information and evidence gathering, pre-employment screening, surveillance, private investigation work and security consultation.

The service we offer ranges from Personal surveillance (following people) to the use of concealed audio and video equipment, in conjunction with hi-tech data systems and internet technology, to mounting long-term covert surveillance.

All our operations comply with the Regulation of Investigatory Powers Act 2000
We are often called in by the Police to set up surveillance systems for their use.
Once we have assessed your situation, we will advise as to the most effective surveillance to use, implement that surveillance and present you with a body of evidence to strengthen your case, be it for industrial tribunal, civil or criminal trial.
You may require evidence of an infidelity by an unfaithful partner
You need concrete evidence of an offence that you know to be taking place, or you have suspicions you want confirmed, we can provide all the evidence you need.
In cases of relatively straightforward offences such as public disorder, vandalism and fly tipping, we can catch the perpetrators red-handed and record the evidence for presentation in court.
More complex is the case of a false claim, for example by an employee or accident victim, where carefully executed surveillance can prove that they are not as sick or debilitated as they claim to be. 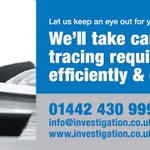 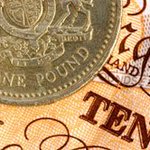 On behalf of the whole team at WM Investigation Ltd we would like to take this opportunity of thanking all of our customers for their business and support over the past 30 years of trading, some of whom have been with us since our inception in 1989. Without your support and custom our success would not have been possible. The time has come however for Malcolm and I to consider our options and we have chosen to pursue other opportunities.